People who know me well, know of my heart for mission. Upon returning from my first mission trip more than two years ago now, I was searching (and I mean pretty aggressively) for my “next thing”. All of us who went on that trip, felt highly compelled to come back and serve on the Zambia Task Force (ZTF) at CPC, our church. But something else was weighing on me. What was I supposed to do with the gift of this amazing experience that completely wrecked my heart? 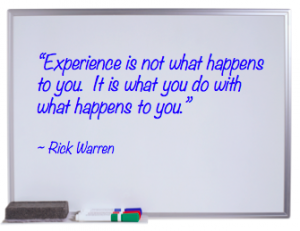 The two years that followed often seemed exhausting because it felt like I was on mission to figure out my mission from my mission trip. *Sigh

It wasn’t until after four impressions were made upon me to be patient and listen (and maybe even some others I’d missed), that it all began to sink in. In hindsight, I find this point alone to be rather amusing since “impressions” are big part of what I do. But it took a drawn out combination of coaching from a spiritual advisor during a leadership retreat (September 2010), the wise words of my pastor during a meeting I’d requested (October 2010), a keynote by Ward Brehm during a conference I attended (April 2011), and a workshop delivered by a friend/business associate (December 2011) to all respectively remind me to be patient – easy for them to say, patience is my weakest link!

Of the four messages I received to be patient, my favorite and most timely was specifically the quote Ward Brehm used in his keynote almost exactly one full year after my trip, “If you want to make God laugh, tell Him your plans”. I almost choked when I heard it, uncertain whether I felt like laughing or crying. In fact, his entire keynote was so over the top poignant to me it was almost overwhelming. Ward’s speech was on Unity – a topic upon which he is very qualified to speak. 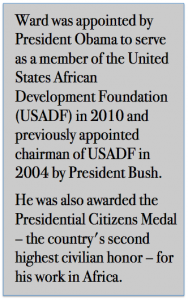 You see, it was a total fluke that I “happened” to be there that day.  I had no idea who would be speaking or what the event was even going to be about. I just showed up upon being graciously invited by a business associate.  In fact, all four impressions were made that way – purely “by accident” of showing up.

I have used that quote on myself and with others many times since. This message alone made me realize why I struggled so much during my first years in business. At that moment, Ward might as well have been saying directly to me, “Listen, will ya!?”.

It took the convergence of business focus and mission work to realize it’s not about your own success or the success of your business or even your own plans to do good things with that success. It’s about what you can do for others with the gifts you’ve already been given. Re-articulating this discovery today seems like one big “duh!” to me now – but at the time, I was merely on the verge of “getting it”.  I needed to be made ready to listen and then to practice patience while constantly reminding myself this valuable message.

In the process of practicing patience, and to challenge me during this discovery period, I “happened” to meet with a business contact I was introduced to who asked, “Why do you have to talk about what you’re doing Eli? Can’t you just do it and not talk about it?” He was questioning the sincerity of my intentions – a very good thing to keep in-check so I didn’t mind where he was going with it. Frankly, at the time I was ill prepared to answer that question. In fact, my lack of a well formed response made me second-guess all that I had built up to that point.  It wasn’t until the end of that meeting, that we both realized I had traveled with his wife to Zambia two years before.  Are you noticing a theme of “coincidence”?

I have since figured out the answer to his question. What I shoulda said was, “Because that is what I do”. The ability to share story is part of the way I was uniquely purposed.

Needless to say, I’m SO glad he asked! People who challenge your thinking can either be very frustrating, very enlightening or a combination of both. But his words lead to the restructuring of my whole value proposition around one core belief. I help people tell their story. I help people make their impact. I help influencers use their gift of influence to do good things. I use my own story to demonstrate how humbling circumstances and a lot of faith can transform you in some pretty amazing ways when you’re willing to listen, have a little patience, get out of your own way and simply show-up.

So stay tuned for my next post if you’re curious about how “what you do with what happens to you” can change everything. 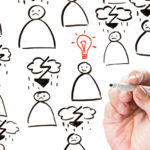 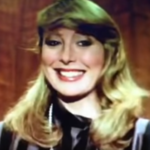 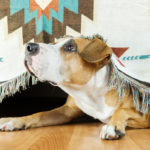 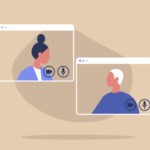